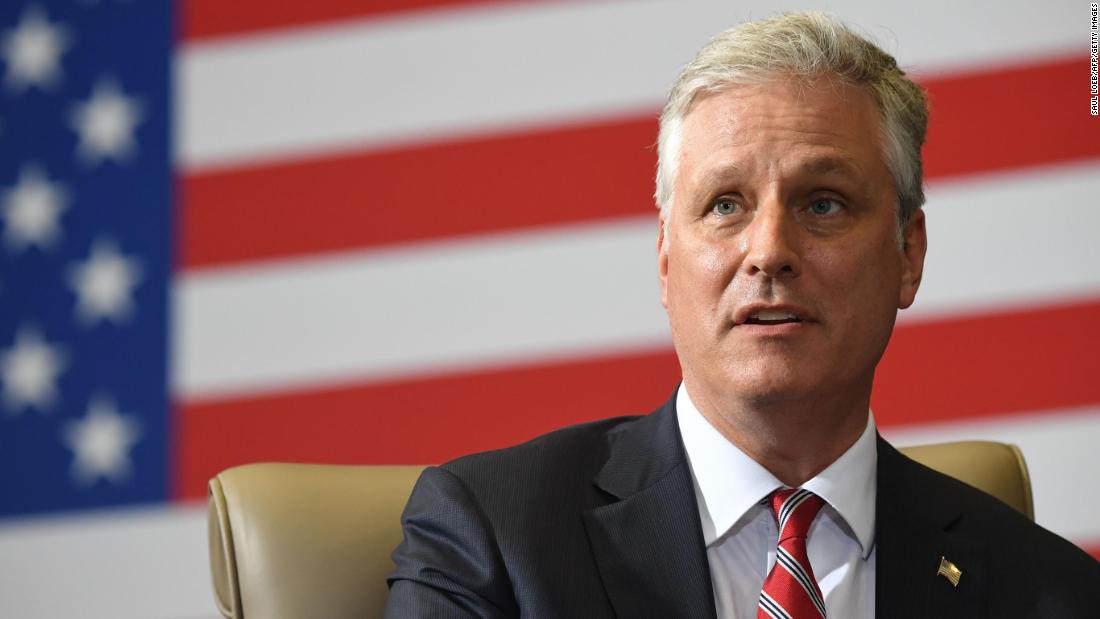 “If there is a new administration, they deserve some time to come in and implement their policies … if the Biden-Harris ticket is determined to be the winner — and obviously, things look that way now — we’ll have a very professional transition from the National Security Council,” he said in a discussion at the Soufan Center’s Global Security Forum.

While O’Brien did not say outright that Biden is the projected winner of the election, his comments go further than what other White House officials have said to date as far as acknowledging the reality of Trump’s loss — even as the President himself continues to falsely claim victory.

The remarks also suggest that O’Brien and other top officials have a desire to preserve their reputations for a political afterlife, in the event that history does not look kindly on Trump’s response to the global pandemic or his refusal to accept Biden’s victory as legitimate.

“O’Brien’s comments and actions are a reminder that transitions go both ways: although most in Washington focus on who’s going into government, there are just as many folks coming out,” John Gans Jr., a former chief Pentagon speechwriter and author of the book “White House Warriors: How the National Security Council Transformed the American Way of War,” told CNN.

“O’Brien’s recent comments do more than acknowledge basic math, they make clear the tension inherent in this moment for those who’ve mastered life in the alternative reality of the Trump universe. O’Brien’s the first of many who will try and surely find the exit from Trump’s circle just as fraught and full of friction — and surely as unsatisifying — as life within it,” he added.

O’Brien’s comments come amid growing concerns that a lack of coordination between the Trump administration and Biden transition team could leave the US vulnerable to national security threats as the nation waits for the President to concede defeat.

Trump, himself, acknowledged for the first time on Sunday that Biden won the election, but the President refused to concede and blamed his loss on a string of conspiracy theories.

Most news networks declared Biden the victor more than a week ago. Since the call was made, Biden has given a victory speech and gotten his transition team up and running. But Trump, who had questioned the validity of the election before votes had even been cast, is continuing to dig in his heels on unsupported legal challenges lodged by his allies over vote counts in several states and asserting that the fight has only begun.

“He won because the Election was Rigged,” Trump said in one Sunday morning tweet. In another, he stood by his false belief he may be able to win the election and refused to concede, writing, “I concede NOTHING! We have a long way to go.”

Trump also continued to blame his loss on debunked theories about the 2020 election in a series of posts flagged by Twitter for their disputed information.

Last week, Secretary of State Mike Pompeo refused to acknowledge Biden’s victory, saying that “there will be a smooth transition to a second Trump administration,” igniting a furor and roiling diplomats.

Pompeo was asked if the State Department is preparing to engage with the Biden transition team and, if not, whether a delay could pose a risk to national security. “The world is watching what’s taking place,” he continued, speaking at a briefing for reporters. “We’re going to count all the votes. When the process is completed, they’ll be electors selected. There’s a process. The Constitution lays it out pretty clearly.”

“The world should have every confidence that the transition necessary to make sure that the State Department is functional today, successful today and successful with a president who’s in office on January 20 a minute after noon, will also be successful,” he said.

At the same time, coordination between most federal agencies and the Biden transition team remain on hold until the GSA grants ascertainment.

CNN previously reported that a stack of messages from foreign leaders to Biden are sitting at the State Department but the Trump administration is preventing him from accessing them, according to State Department officials familiar with the messages.

Traditionally, the State Department supports all communications for the President-elect, which is why many countries began sending messages to State. But with Biden prohibited from accessing State Department resources by the Trump administration, dozens of incoming messages have not been received.

Biden is also being blocked from getting the same intelligence briefings as the President, known as the President’s Daily Brief, and should the Trump administration continue to block a typical transition close to Inauguration Day, there are concerns Biden’s administration will be playing catch-up the day he takes office.

At the National Security Council, O’Brien has informally informed staff that they should focus on their jobs and let the electoral process, vote counting and legal battles play themselves out, according to one administration official.

While O’Brien has not held a traditional “all hands” meeting with the entire staff, nor has he issued any written guidelines about how to proceed now that the race was called for President-Elect Biden, he has been telling the heads of certain NSC directorates to keep working as though there’s been no change.

Privately, officials told CNN last week that O’Brien, who was a national security attorney prior to joining the administration, recognizes that the President’s path to victory is narrow, and is committed to holding a professional transition, but he cannot officially green-light any transition activities — even preliminary outreach to Biden counterparts — until the President is ready to concede or the GSA grants Biden ascertainment.

O’Brien seemed to say as much on Monday — becoming one of the first top Trump advisers to acknowledge the likelihood of a Biden win publicly, though with the caveat of allowing the legal process to play out.

In doing so, O’Brien could be posturing himself for a political future after Trump leaves the White House.

He had been interested in a Cabinet position in a second Trump term and officials familiar with his thinking said he hasn’t given up on those ambitions should a Republican win in 2024.

O’Brien has also considered a run for the White House himself in 2024, according to two people familiar with his thinking, although they added it’s unclear how serious he is about that option given how many high-profile Republicans are likely to run.

In addition to moving closer toward acknowledging Biden’s victory, O’Brien also seemed to distance himself somewhat from the President in a statement Monday, saying he’s learned the importance of wearing a mask and social distancing as a Covid survivor and encourages others to do the same, offering far more direct public health guidance than his boss, the President, ever has.

“As a COVID-19 survivor, I encourage everyone to wear a mask, maintain social distancing, and wash your hands frequently. These are indispensable steps to get us ‘over the bridge’ to widespread vaccination,” O’Brien said in a statement, which was tweeted by the National Security Council. The statement is accompanied with a photo of O’Brien and another individual, both of whom are wearing masks.

The NSC mandated masks among its own staff after Trump tested positive for the virus, Until then, masks were optional. While O’Brien is occasionally seen wearing a mask, he’s often spotted without one, including on Veterans Day at the Arlington Cemetery commemoration ceremony, at a Trump rally in Michigan on November 2, and in the Oval Office on October 23.