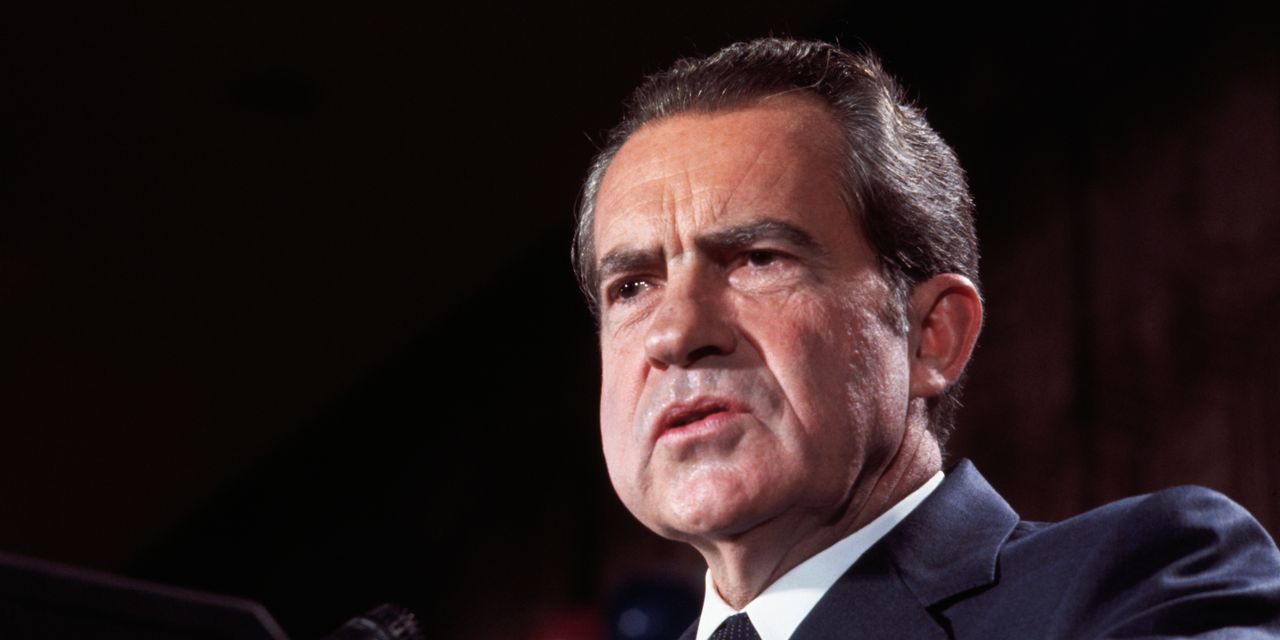 Joe Biden can be heard on the Nixon tapes. President Nixon called Mr. Biden on Tuesday, Dec. 19, 1972. The president had returned from Camp David, where he had been planning an ambitious second-term government reorganization. Delaware’s Sen.-elect Biden had narrowly defeated a popular incumbent and Nixon ally, Caleb Boggs, 13 days before his 30th birthday. He became the second-youngest person ever elected to the Senate.

Nixon—who won Delaware by more than 20 points in his 49-state landslide—took note of this rising star, who had flipped a GOP Senate seat. “If I had gone to Delaware, it wouldn’t have changed one iota,” Nixon said to Chuck Colson about Boggs’s defeat. “He just had a damn good young candidate running against him.”

On Dec. 19, Nixon saw in his morning news summary that Mr. Biden’s wife, Neilia, and 1-year-old daughter, Naomi, had been killed in a car accident the day before in Delaware. Their sons, 3-year-old Beau and 2-year-old Hunter, survived the crash with severe injuries. Nixon, who as a child lost two siblings to tuberculosis, wanted to call. “Could you get the new senator from Delaware, Mr. Biden, on the phone please?” he asked the White House switchboard operator.

Nixon and Mr. Biden were both from hardscrabble families. They had irascible fathers who taught them how to pick themselves up after a defeat. Both were self-conscious that they didn’t attend the best schools. They had an interest in foreign affairs. Like Nixon, Mr. Biden later served as vice president under a more charismatic president. They were never part of the in-crowd; that drove them to work harder.

News of the crash momentarily stopped political talk in the Oval Office. “He wasn’t in the car?” Nixon asked. “No, sir,” one aide, Ken Cole, said, “He was up on the Hill.”

It was a moment that brought two men together who might otherwise never have connected in a personal way. “Hello, Mr. President, how are you?” Mr. Biden answered. Even senators don’t forget their first phone call from a president. “Senator, I know this is a very tragic day for you,” Nixon said, seemingly searching for words, “but I wanted you to know that all of us here at the White House were thinking about you, and praying for you and also for your two children.”

“I appreciate that very much,” Mr. Biden responded. Nixon, about the same age as the senator-elect’s father, urged him to pick himself up after the greatest setback of his life. “You have the great fortune of being young,” Nixon said. “I remember I was two years older than you when I went to the House. But the main point is you can remember that she was there when you won a great victory, and you enjoyed it together. And now I’m sure that she’ll be watching you from now on. Good luck to you.”

Mr. Nichter is a professor of history at Texas A&M University—Central Texas and author of “The Last Brahmin: Henry Cabot Lodge Jr. and the Making of the Cold War.”